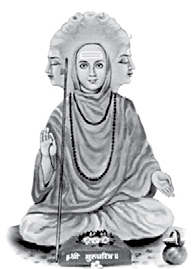 Celebration: Before Naivedyam Aarti at 8 am, an image of Shree Nrusinha Saraswati Maharaj is placed between Shree Dattatreya Maharaj & Shri Swami Samarth Maharaj. Post Aarti Seva, the collective chanting of Shree Swami Samarth mantra (11 Mala) Seva is offered. Then a Sevekari reads of 51 & 52 chapter holy scripture “Shri Guru Charitra “where other Sevekaris listen. Naivedyam Aarti is offered at sharp 10.30 am & Prasadam is distributed. Naivedayam includes the green beans (Ghevada) vegetable which is a favorite food of Shree Nrusinha Saraswati Maharaj. 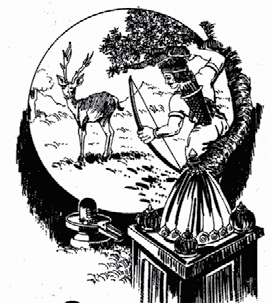 Magh Vadya Chaturdashi is called as Maha-Shivratri. Actually Vadya Chaturdashi of every month is Shivratri but Magh Vadya 14 has special significance. On this auspicious day special worship of Bhagvan Shiv is performed. Bhagvan Shiva, the Mrityunjaya God, is the one who protects and blesses us when caught in the whirlwind of ill health. His Holiness Gurumauli states that Bhagvan Shri Ram is the Guru of Bhagvan Mahadev, the fact that is not very widely known. Hence, on this day, Shri Ram Raksha, a prose that seeks protection of the self, is an important recital during Bhagvan Shiva’s worship. For more details of worship procedure, please refer Gurupeeth’s publication ‘The Science of Festivals’.