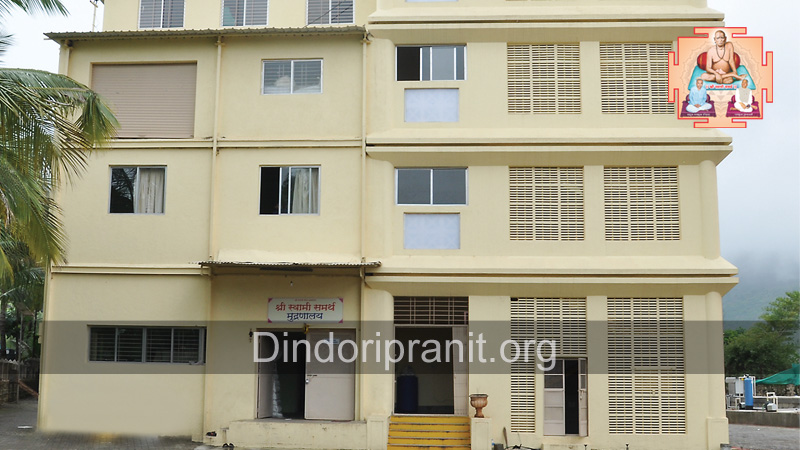 In 2001, Shree Swami Seva Prakashan is inaugurated by His Holiness Gurumauli and it is headed by Honorable Nitinbhau More. Initially Swami Seva Prakashan started its journey with publishing the Swami Seva monthly magazine. Until 2003, the Seva Marg had about 30 publications in Marathi out of which 20 were written by Sadguru Moredada.

In 2004, with the increased technical support, this division shifted into a new building in the month of September. Soon, printing began on the German-make Heidelberg machine. During this time, within short span of time publications reached over 100 which includes Hindi, English, Gujarati, Telugu, Kannada, Bangla. Some publications are in Braille to benefit the visually impaired.

Through these publications, His Holiness Gurumauli has ushered in an era of socio-spiritual renaissance, motivating lakhs of volunteers to constructively and selflessly work for the larger social and national good through His 11-point Rural Development Program.

Under guidance of Honorable Niitin Bhau, Swami Seva Prakashan is publishing quarterly Shree Swami Samarth Seva magazine in English, Hindi, Kannada and Malayalam, Gujarati along with a global edition of an e-magazine.

Shree Swami Seva Prakashan’s press caters all the printing needs of fast growing Sevamarg publications and activities across the globe which includes books, magazines and other printing material in multiple languages.

His Holiness Gurumauli has initiated a Book van called `DnyanGanga’ that travels to far-flung areas and Seva centres to distribute the various publications of Shree Gurupeeth at very basic costs with the sole objective of empowering people.