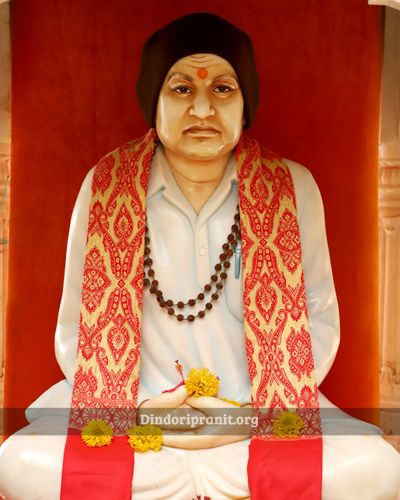 In fact, Sadguru Moredada had been an ardent devotee of Bhagvan Shree Shriram. However, Bhagvan Shriram appeared to Him in vision and confirmed that He should go to Sadguru Pithale Maharaj and be ready for future course of action. The divine mission was to spread Swami Seva since Kaliyuga’s principal deity is Swami Maharaj who has earlier appeared as Bhagvan Shree Shriram, Shree Krishna, Shree Pandurang, Shree Venkatesha, as part of His MahaVishnu incarnations.

After Sadguru Pithale Maharaj left His mortal coil, Sadguru Moredada brought the Swami Darbar to His farm at Dindori and initiated Swami Seva from there. It has since been known as the Dindori Darbar. Like Swami Maharaj Himself did while at Akkalkot, Sadguru Moredada also created several dedicated devotees (sevekari) from different parts of Maharashtra. In this way, hundreds of Dindori Pranit Shree Swami Samarth Seva Centres were started to help others down the chain. A huge spiritual network was mystically built as per the vision of Swami Maharaj Himself.

Sadguru Moredada toiled through the length and breadth of Maharashtra to spread Swami Samarth Seva activities always with His own money and often without a proper mode of transport. Sadguru Moredada accomplished this monumental task even as He continued to be an ordinary farmer in his fields.

On 21st May 1988, Sadguru Moredada left His body minutes after handing over the spiritual lineation to His Holiness Gurumauli Shree Shriram alias Annasaheb More, the eldest son.