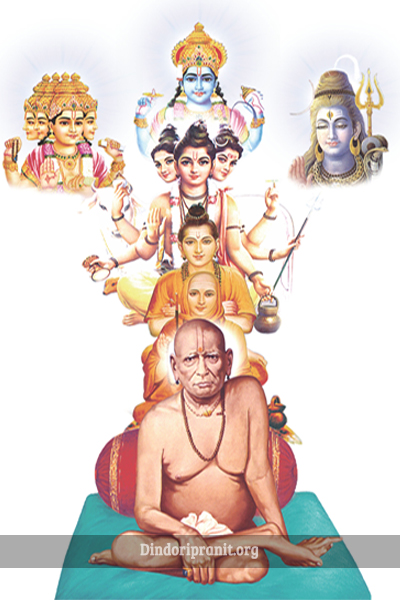 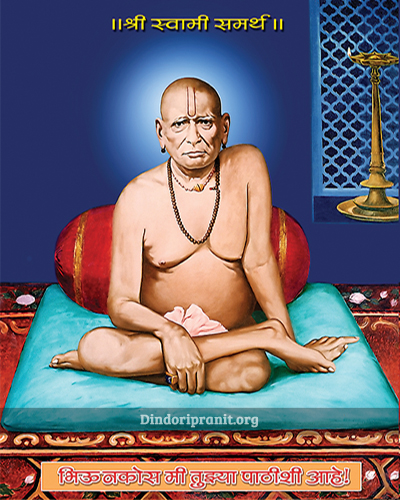 Shree Swami Samartha comes from the age-old guru tradition of the Dattatreya sampradaya. He is also called Sri Akkalkot Swami Samarth or great sage of Akkalkot.

The early life of Swami Maharaj is as:

In 1149, Chhele Village, Punjab – Lord Dattatreya took avatar as Shree Swami Samarth. He took an extensive pilgrimage, covering even places, now known as Jawa, Sumatra, Indonesia, China, Japan,Australia etc., relieved many people from their miseries, and guided them on the spiritual path.

In 1378, Pithapurm, Andra Pradesh – Incarnated in new form as Shree Shripad Shrivallabha and worked for around 150 years to destroy blind beliefs, superstitions, difficulties, losses, miseries and obstacles of mankind.

In 1528, Karanja, Vidarbh-Maharashtra– Incarnated as Shree Narasimha Saraswati and worked for around 100 years. During this time, he consecrated and established holy places like Audumbar, Nrusihwadi and Gangapur. Later in 1678, he ended this incarnation and re-incarnated as Shree Swami Samarth. He left his ‘Nirgun Padukas’ to his disciples before leaving for the Kardali forests to perform Tapas [penance].

In 1856, Akkalkot – Prior to his settlement at Akkalkot, Swami Samarth seems to have visited far and wide. While moving in the Himalayan region he visited places like Puri, Benaras, Hardwar, Girnar, Kathiawad and Rameswaram in the South. He also stayed at Mangalvedha, a town near Pandharpur in Solapur district Maharashtra, which had been inhabited earlier by famous saints like Domojipant and Chokhamela. He came to Akkalkot in 1856 where he continued his physical existence for 22 years.

He became the Guru (preceptor) of many great souls like Shree Ramakrishna Paramahansa, Shree Sai Baba of Shirdi, Shree Shankar Maharaj, and Shree Gajajan Maharaj of Shegaon etc. He is revered as the teacher of all spiritual teachers i.e. guru of gurus. He is a direct incarnation of Supreme Consciousness or Para-brahma. He is measureless compassion and limitless ananda (bliss). Shree Swami Samarth can instantly grant incessant supreme divine joy on whomever he chooses. Devotees still experience his divine presence and feel reassured because of his quote – ‘Never be afraid and I am always with you’.

In AD 1878, Swami Maharaj appeared to take Samadhi (Yogic way of leaving the body). However, it is our great fortune that Swami Maharaj is continuing His mission with divine willpower and determination through thousands of Shree Swami Samarth Sea Centres in Maharashtra, rest of India and now across the world through Dindori Pranit Sevamarg.